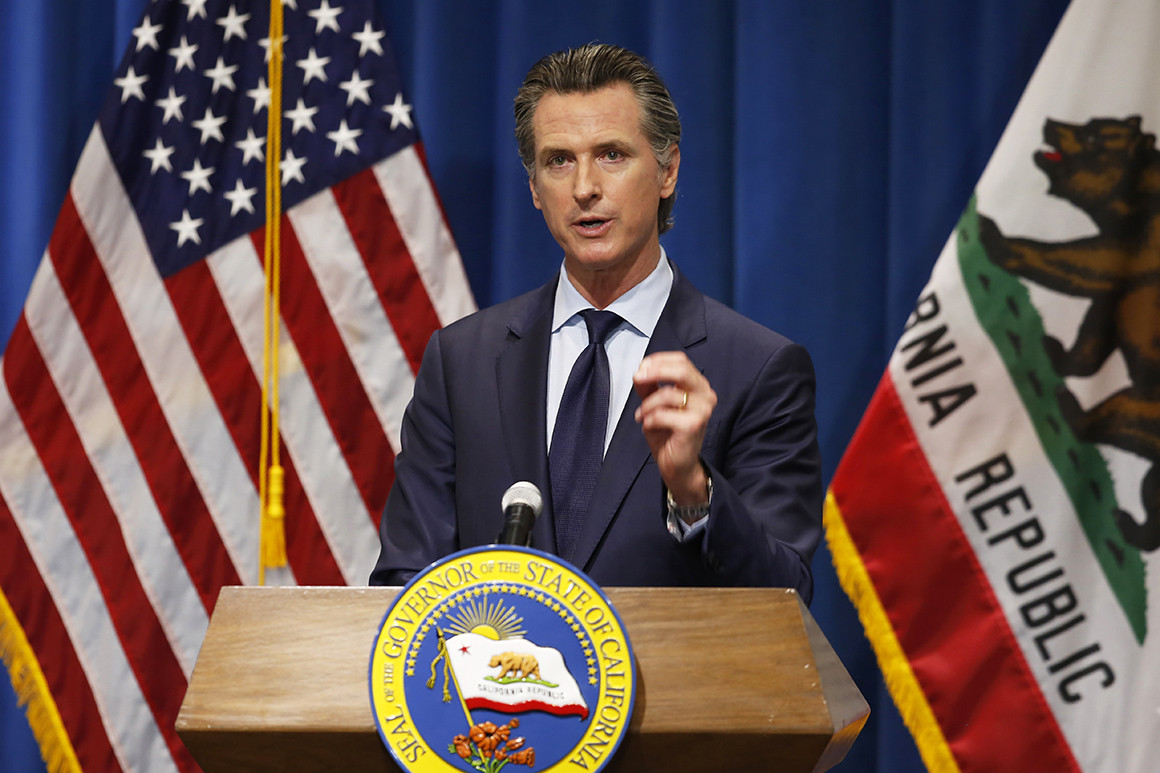 In Case You Missed It.

By JEREMY B. WHITE

OAKLAND — The California Republican Party has elected not to endorse any of the candidates running to replace Gov. Gavin Newsom in the upcoming recall election, prioritizing unity over a potentially divisive selection.

Hours before party delegates were set to choose between four Republican candidates, a pair of party officials circulated a motion to scrap the process and instead issue no endorsement. They warned that selecting one candidate could make it less likely that voters recall Newsom because “the CAGOP tipping the scale may deter some voters.” That motion prevailed with party chair Jessica Millan Patterson in support.

“We cannot afford to discourage voters who are passionate about a particular candidate, yet may not vote because their favored candidate didn’t receive the endorsement,” Republican National Committee members Harmeet Dhillon and Shawn Steel wrote.

The eleventh hour move capped weeks of internal jockeying over the California Republican Party’s proper role in the recall. As gubernatorial campaigns fought for position, a vocal contingent of GOP activists and multiple Republican candidates argued against endorsing any candidate. They warned the appearance of insider favoritism could dampen conservative enthusiasm and undercut the paramount goal of recalling Newsom.

The Democratic governor is still favored to defeat the recall based on recent polls, but the race remains close and turnout is hard to predict. Republicans are energized to oust Newsom and participate in high numbers, while Democrats and independents appear to be less motivated so far. That gives Republicans a chance in this blue state if Newsom supporters fail to participate.

A compromise brokered by California Republican Party leadership set a high bar for endorsing. A candidate needed to secure 60 percent of the vote rather than a simple majority, and activists could vote “no endorsement” rather than choose between the top two vote-getters. That made it likely no candidate would break through.

But some party officials still concluded a vote was not worth fracturing the base. Former San Diego Mayor Kevin Faulconer embraced that logic the evening before the vote by urging the party to vote against endorsing anyone, effectively removing himself from contention — an extraordinary choice for a candidate who has been perceived as the party establishment’s pick but has slipped in the polls. Republican candidates and activists had also assailed the endorsement process by arguing it was stacked in Faulconer's favor.

“The California Republican Party should unite towards the sole goal of driving support for this historic recall,” Faulconer wrote in an email to supporters hours before the vote. “Ever since the close of candidate filing, it has become clear an endorsement of one candidate over another would only distract from that goal.”

The dissension and Faulconer’s response reflected a fluid Republican field just five weeks ahead of the Sept. 14 election. Conservative radio host Larry Elder has climbed to the top of polls and has outraised other Republicans after less than a month in the race. But he has secured pluralities rather than outright majorities in polls, suggesting that the party has not unified behind a single candidate.

Elder’s rapid rise has posed a challenge to Faulconer’s attempts to frame himself as the frontrunner. Faulconer’s team and allies had long pushed for the endorsement. But they backed off in recent weeks as party pushback mounted and Elder’s late surge heightened the possibility that Faulconer would not be able to secure enough party support.

An endorsement would carry significant political upsides. That candidate could then present himself the Republican voters as the party’s choice, an important signal in a field of 46 that includes 24 Republican candidates. The California Republican Party’s campaign apparatus would also deploy resources on the candidate’s behalf.

Though Republicans aren't endorsing a candidate, Newsom is making Elder the party's flag bearer in appeals to voters. His campaign has highlighted Elder's comment to The Sacramento Bee this week that there should be no minimum wage and pointed to a Huffington Post story that Elder highlighted his July radio show with a Covid-19 vaccine skeptic.

Recall ballots ask whether to recall Newsom and who should replace him; if a majority votes to oust Newsom on the first question, then whichever candidate draws the most votes on the second question becomes governor. That means a plurality, not a majority, is necessary to win. Former Gov. Arnold Schwarzenegger won in 2003 with 48.6 percent of the vote.